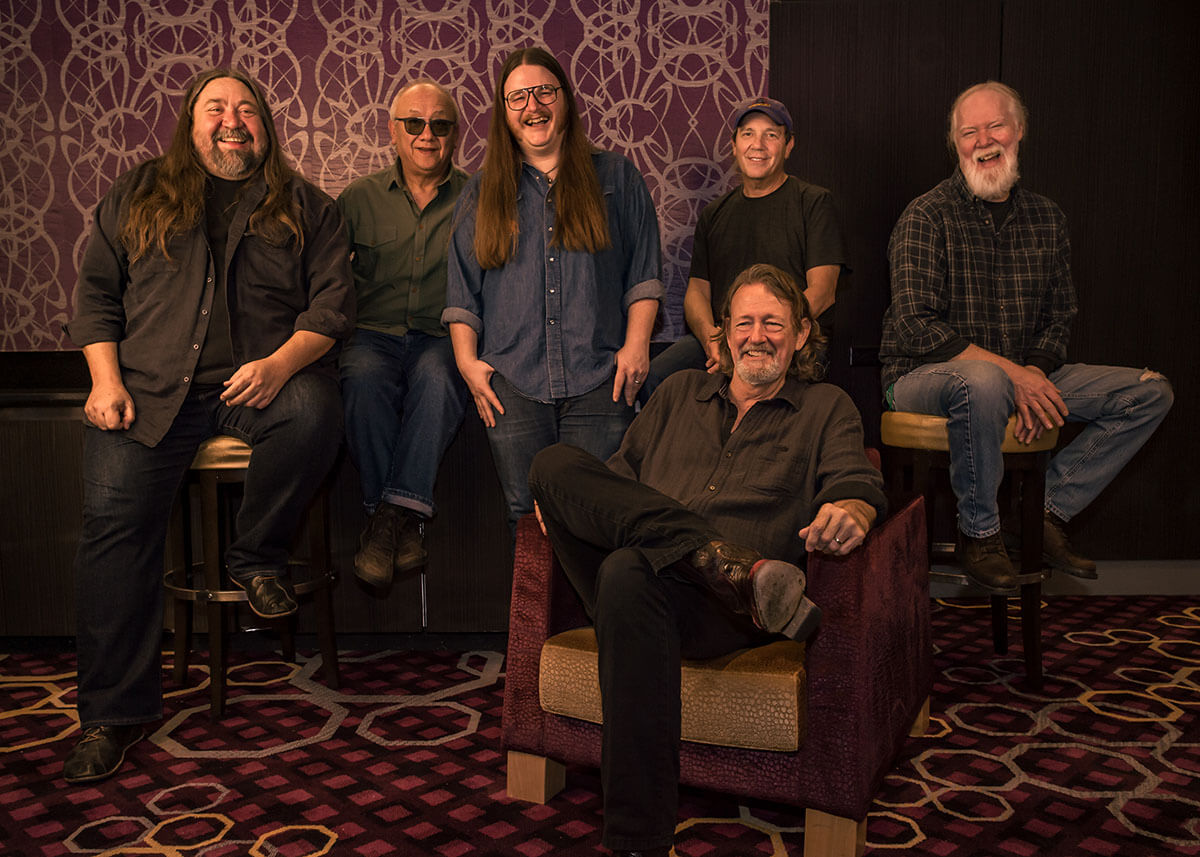 Widespread Panic has been together 30 years. Formed by original members vocalist/guitarist John “JB” Bell, bassist Dave Schools and late guitarist Michael Houser, who lived together in a suburban house in Athens, GA, while students at the University of Georgia. Later to be joined by drummer Todd Nance, percussionist Domingo “Sunny” Ortiz and keyboard player John “JoJo” Hermann. The current lineup now includes Jimmy Herring on guitar and Duane Trucks on drums.

Over three decades have past since forming their original line-up in 1986, Widespread Panic is still hungry to be the best band they can be, every single night, for their loyal fan base. Their accomplishments over that time are well-documented. During their impressive run, the band has released 12 studio albums and 43 live albums, selling more than 3 million copies as one of the most successful touring acts in the world.

Widespread Panic has broken attendance records at major venues throughout the country, including a staggering 57 sold-out shows at Red Rocks Amphitheatre in Morrison, Colorado. A banner hangs in the rafters at Philips Arena in Atlanta where the band has 18 sellouts, with records also set at Lakefront Arena in New Orleans, Oak Mountain Amphitheater near Birmingham, AL and the New Orleans Jazz and Heritage Festival where Panic has headlined eight times, breaking the single day attendance record with 63,000. The band has headlined most of the major U.S. festivals, including Bonnaroo (eight times), Lollapalooza, Austin City Limits, Lockn’ Music Festival, Outside Lands Music Festival, Forecastle Festival, Phases of the Moon, Rothbury Festival, All Good Music Festival, Gathering of the Vibes and many more.

To commemorate Widespread Panic’s 25th anniversary in 2011, the State of Georgia’s Senate and House of Representatives passed resolutions honoring the group for their music, service, charity and longevity, while they were also inducted into the Georgia Music Hall of Fame.

“We acknowledge this is a milestone few groups get to achieve,” admits JB about their remarkable longevity. “It’s like Hemingway’s Old Man and the Sea. Every time we go out there, we learn more tricks, bring that knowledge with us, and then apply it. We’re way more experienced, focused and to the point, but still willing to stretch out without wandering too much.”